March Madness is over with, at least for me. My alma mater, the University of Kentucky, was eliminated from the tournament last night after a hard-fought and mistake-prone battle with Kansas State. I cannot sit here and say that Kentucky deserved to win for any logical reason, they played a sloppy game and were lucky to be in it until the final buzzer.
I am not an emotional fan these days. I can no longer afford the luxury of wallowing in self-pity over a loss. I can say that the Kentucky fan base has behaved very poorly over the last few years and that behavior seems to be getting worse, at least judging from the online community. I know that some of these online fans are nothing more than children, they show the emotional response of spoiled infants when things don’t go their way.
Sadly, this immature behavior has extended to the coaching staff to a degree. After Kentucky lost last year, Kentucky coach John Calipari openly complained about the officiating in the loss, and this encouraged the childish fans to react and threaten the livelihood and the life of the official after the game. I was very annoyed with this behavior, but I hoped that there was a lesson learned and something like this would not happen again.
Fast forward to last night, and the Kentucky coaches and team walked off the court without congratulating Kansas State after the game. I cannot excuse that behavior, it has to be condemned. If that is the lesson, then the teacher is at fault. 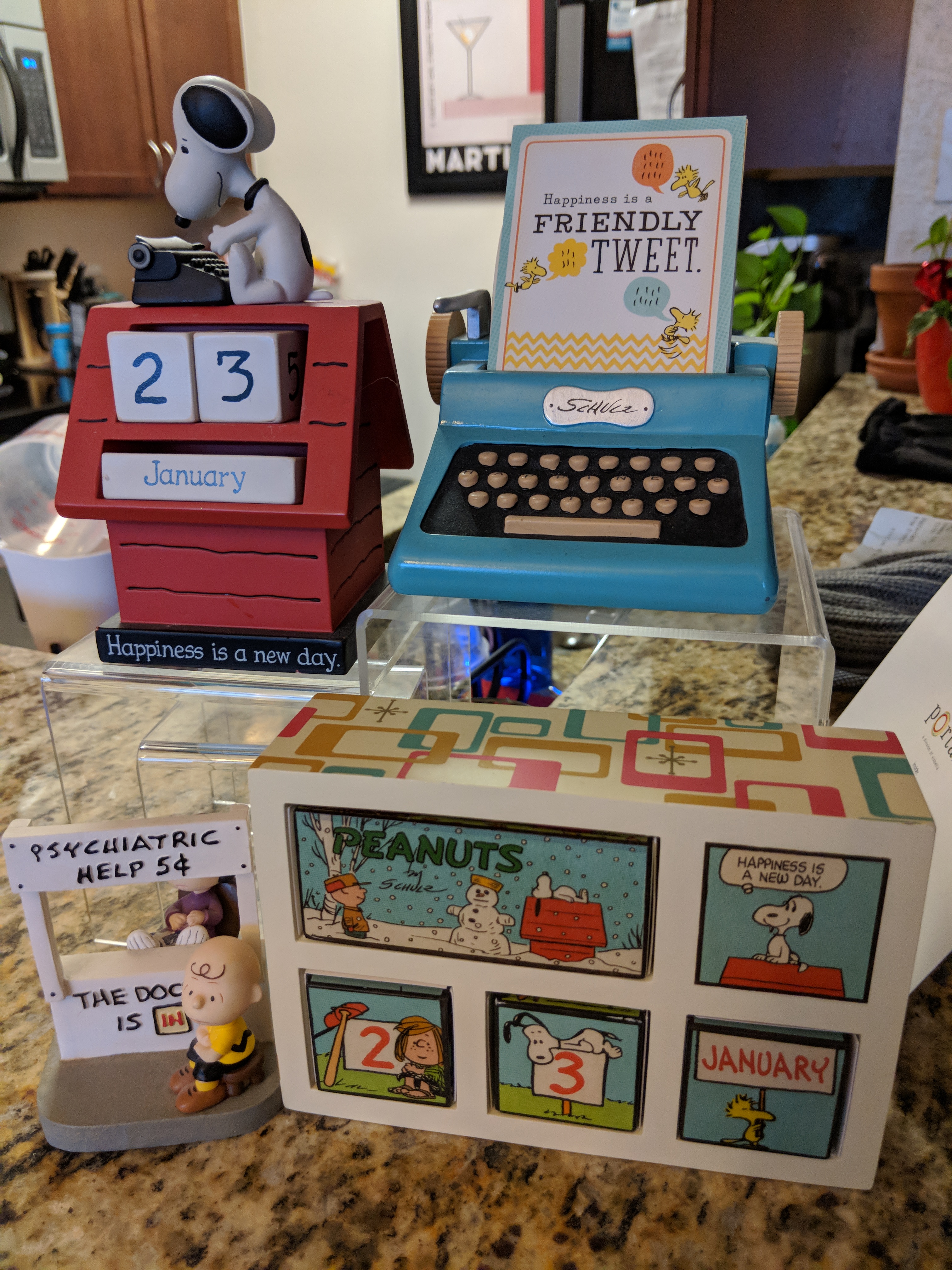 The stories that have come out accusing Tennessee of creating a hostile environment for women could easily be from any number of athletic departments across the country, Kate Fagan says.

In her latest “That’s What She Said” column, Sarah Spain reflects on Peyton Manning’s renewed sexual assault allegations and why they’re only just getting widespread attention 20 years later.

Here we sit on Wednesday evening waiting for game 7 between the Washington Capitals and the Boston Bruins. I love the NHL and do live in the DCD Area, but can honestly say that neither rank among my favorites. Like so many, I am a transplant to the DC area so I have no loyalty to the Capitals. The main thing that is interesting to me is something that was covered in the Washington Post, the question of which team and city manages to take losses worse than the other?

I know Caps fans that are always one foot on the ledge. They are either extremely excited about the best team that they have ever had, or they are despondent about that same team being unable to win in the playoffs.

They have met their match in Boston fans. It takes very little adversity for the sky to start falling on them.

I just hope that it is a good game, and that family members hide all shapr objects from the fans of both teams.

I had just finished some laundry during halftime and got back just as the half started. When  Anthony Davis went down, I thought my heart would stop. He has developed so much this year to have an injury sideline him.Seeing him in pain on the bench was awful, and I was so relieved to see him back in the game.

UK has proven that they can compete and win with Davis in foul trouble, but it is so much easier with him in the lineup. UK continues to stay in control of the game, but the scare is still in me due to Davis and also the Baylor players that were injured as the second half began.

UK 52 Baylor 33 with 14:00 left in the game. Teague just committed his 3rd foul on another un-necessary play. Teague is the only weak spot in this game for UK, Lamb needs to take the point for most of the remainder of this game.

Baylor is showing some fight, as I expected they would because they are too talented a team to not respond to UK. The margin is remaining at the 17-19 point range so Calipari has time to make the adjustments he has to.

I cannot help the feeling that Baylor has at least one good run left in them before this game is finally over. UK has to retain their poise and keep things under control and they should be fine. Free throws are gonna be key down the stretch for UK. Expecting another 35 of 37 game is unrealistic, but UK still has to make them count at the line.

MKG just got his 4th foul at the 11:00 mark. Get him to the bench and keep him there unless Baylor catches fire. Time for Jones to pick up some of the MKG effort.

Teague has not had a good game, I am not sure what, if anything, is wrong with him. His decisions today about penetrating have been ill-advised, although his passing has been excellent. Halfway through the 2nd half and UK holds a 15 point lead.

For the first time, UK seems to lack a sense of urgency. Hard to do when you have held a large lead for such a big part of the game, but it is time for another run from Big Blue.

I can feel my stomach turning right now. Baylor just forced Anthony Davis into his 4th foul and then UK has to call TO when they can’t inbound the ball! I need another beer!

Once again, UK has to keep the margin in their favor at the FT line. Miller nails 2 and the bleeding (metaphorically)seems to have stopped for a minute.

If Baylor cuts the deficit to single digits, UK will really have their work cut out for them. It is close right now at 13 with just over 8 minutes remaining.

Calipari needs to light a fire under the team during this TO. I cannot blame Teague for getting stranded away from the basket when no one comes to help him, but at least UK gets the basket.

MKG with the monster rebound off the missed FT!

Now I am feeling much better about this game. UK seems to have weathered the Baylor attack, let’s just hope that there isn’t another one that catches UK by surprise.

3:32 left and now the realization that UK is on their way to Blue Orleans and the Final Four is solidifying. Now the matchup with loserville begins to take shape. While I am glad to see two Kentucky teams in the Final Four, I would much rather have seen Murray State as the team other than UK.

Now the endless series of timeouts has begun. This is going to take forever. UK just played a tremendously sloppy sequence on offense as they are trying to mile the clock and end up turning the ball over.

And now the timeouts have started.

Watching the game and trying to put down my observations. All credit to Baylor for bringing the fight to UK from the opening tip. Baylor seems a little intimidated by the atmosphere in CAT-LANTA, as witnessed by the hard foul on Acy very early in the game.

UK continues the run until Baylor ends it at 16-0. Loving the confidence that UK is showing as the game goes on.

On a side note, I HATE the Direct TV commercials.

Just imagining how much more $ CATLANTA could make if all the upper deck seats were sold. We KNOW that UK fans would be there!

AD just loves the top of the key.

UK has maintained their lead as we approach the 8:00 mark. Nice to see UK shot-blocking in play today. A question that has to be answered is whether or not UK can maintain their excellence at the FT line. The jury is out right now.

Time to catch my breath and relax. UK seems to have taken control of the game for the time being, but Baylor is an excellent team that will surely have more than one run in them before this is over. 7:12 left in the half.

MKG is having a nice game, what a heart he has! Teague has to get his game on and quit trying to force his way into the lane. Wiltjer is in the game and I feel that he is going to get his shots.

I am impressed by UK’s performance today. While the game is far from over, the Cats have played like they expect to be here. The confidence is visible watching them right now.

Last minute of the half and UK needs to keep this level of performance in the 2nd half to secure the trip to Blue Orleans.

Don’t ask me to be excited about the first Final Four team. Suffice it to say that I am confident that UK will prevail tomorrow against Baylor and then dispatch the first team in the Final Four as UK marches to #8!

Still celebrating UK’s victory over Indiana last night. I loved the entire game and the pace that it was played at. It made such a nice change from the grind-it-out affairs that we see so often. UK stays alive and I still want to see them bring home Championship #8!

Tonight March Madness resumes at last! The days are getting longer, warmer and more beautiful, Spring is here and I am hopeful that UK will win tomorrow night. As far as tonight’s action, I hope that Michigan State beats Louisville and Florida pulls off the upset against Marquette. In the other bracket, I have to pull for Ohio over North Carolina and NC State to beat Kansas. All personal preferences.