I was speed-browsing through blogs I followed this morning when I ran across an article that caught my eye. It mentioned how the best way to encourage interaction with my blog was to comment and get involved with other people’s blogs actively.

Therefore I promise myself to stop “speed-browsing” and take the time to read more of the blogs I claim to follow from now on.

Yesterday I experienced a new phenomenon that is a direct result of social distancing. The company I work for decided to hold a Virtual Happy Hour at the end of the workweek. At first I wasn’t sure how this was going to turn out, but everyone actually had a very good time.

The rules were very simple. All the participants had to show what we were drinking, and either describe it or show the bottle. At first we proposed a series of toasts to set the mood and get everyone relaxed,and within a few minutes it was almost like we were out at a neighborhood pub together.

The software we used was MS Teams, because of the recent issues with Zoom, our company is moving away from Zoom rather quickly. The experience was interesting and different, but apparently this is the new “normal” that we will be dealing with for a long time to come. My online presence took a huge hit today. I deactivated my Twitter account and away completely. The decision was a quick and painless one. I was surprised at how it went from an idea to an action within about five minutes.
Like Facebook, Twitter has become an annoyance more than anything else. When I find myself marveling at how fucking stupid some people can be, I know that it is time for me to save myself the trouble of continuing and simply walking away from the whole thing.
Just like my Facebook departure, the only announcement is being made here in my blog. There is no point making a spectacle of leaving for no benefit at all. I might lose less than 10 actual friends from Twitter, but that is not a certainty. I feel relieved and renewed after deactivating my account. I predict that there will be no backsliding, I am looking forward to more time for other things besides responding to some artificial stimuli from Twitter or Facebook. It has been approximately one week since I deleted my FaceBook account. Apparently, I was ahead of a small but growing trend of people who are fed up with the intrusive nature of FaceBook, especially after the discoveries about how personal information was shared without prior knowledge. I think that I deleted my account just before the Cambridge Analytica revelations, my reasons were my own, but the news of the unauthorized sharing of personal data would have made up my mind to do the same thing.
There was a shock at first. I had to delete the FaceBook app from my phone and computer. It wasn’t due to any great temptation, I found its presence a reminder of why I deleted my account in the first place. I have had a few complications where I linked my FaceBook account to another app for convenience, I am changing those as I run across them. Finding these links reminds me how insidious FaceBook had become even without the illegal release of personal information.
I had deleted FaceBook once before. I went back to it after a friend of mine died unexpectedly. It turned out to be the most convenient way to keep in touch with his family. As the contact with them slowly ebbed away, I was left with the tidal wave of information that I had no use for. I attempted to create my own space on FaceBook but found it all somewhat overwhelming for a private person like myself. The lack of interaction with other users, particularly people I knew personally, just added to the sense of alienation.
I made the conscious decision to delete FaceBook and the equally conscious decision not to make it a public declaration on that site. Public renunciations and statements that a user is leaving, followed by a list of grievances, never appealed to me. I realize that some will consider this blog a replacement forum for doing the exact same thing, but this is my platform to write about what I want to write about. There are no personal accusations, intentional or otherwise, for someone to take offense at since reading this requires a little more time and not just an instant “Like.”
The adjustment to being FaceBook-free once again is quick and painless if you don’t dwell on it. Finding that there is life to live in the real world is more than enough compensation to me. FaceBook just isn’t for me.
As for the illegal release of personal information, I hope that this is a wake-up call to the public and to social media in general. I urge readers to take the necessary precautions to protect their data and privacy. I wrote recently about making big decisions. Yesterday I made one, and I feel great about it. I decided that it was time for me to leave Facebook. I had been thinking about this for a while, and I realized that, since it was on my mind, that I needed to act.
I realized that the time had come to disentangle myself from the daily routine of continually checking FB for updates and items of interest. FB had never provided me with a real means of staying in touch with family or friends, so that wasn’t an issue for me.
I have left FaceBook once before, but I believe that it will be the last. I had been off FB for a year or more when a close friend passed away. According to his family, FB was the best way to stay in touch with them on a regular basis. Lots of families seem to have replaced the telephone with FB, and so I created a new account and dove back into the murkiness that is FB. That was nearly three years ago, and of course, after the initial flurry of activity from those that wanted to stay in touch, things settled into a routine of hearing from them a few times a year with nothing in between.
The contrast between FB and Google Plus is amazing. I can still interact with people through G+. I am not claiming any superiority of one over the other; I just prefer G+. Most people have never tried it, or they found that it wasn’t as demanding as FB and that left them feeling empty. FB screams for our attention, G+ allows us to interact when we feel like it without the constant pressure to just do or say something. I will be keeping my G+ account active. I find that it does give me pleasure, and I also have people who genuinely interact. These facts make G+ worthwhile, in my opinion.
I cannot judge those who remain loyal to FB. FB suits their needs, and I respect that. I just knew that I had to leave for my peace of mind. 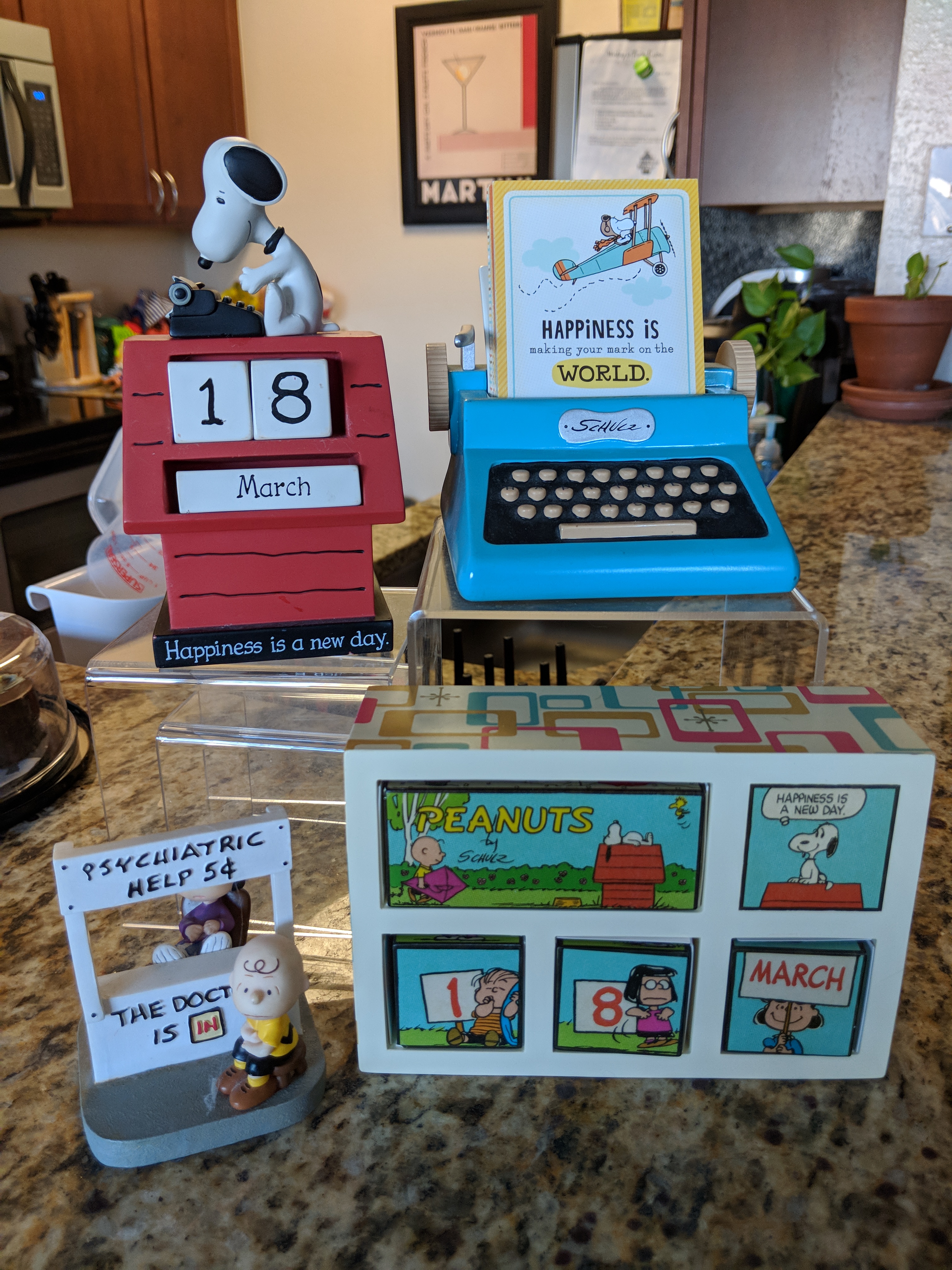 My mind has been clouded with distractions for the last few months. This often happens when I recognize that there is a big decision coming up. Often I don’t know what that decision will be until later on, and this is the case today.
I have become too dependent on social media like FaceBook and Twitter. There, I said it. I have been unconsciously struggling with this for some time, and this morning the reason for my malaise finally dawned on me. I have become part of the problem by simply spending my time online re-posting things rather than actually being creative or unique. The temptation to simply reinforce the echo chamber is very strong, and hard to resist.
I see a clear difference between FaceBook and Twitter. FaceBook is much more of a product that demands interaction, whether it is real communication with someone or not. Twitter is simply a bulleting board for garbage that begs for a response from anyone.
I have been thinking about the lack of genuine interaction with the people I supposedly know via social media. It is basically non-existent, to be honest. That comes as no surprise to me, but there are people I know in person from the past who fail to interact online and never in person or via the telephone. The sad truth is that these actions, that we are all guilty of, simply indicates the relative importance that we place on real relationships in the digital age.
FaceBook helped me to reconnect with some old friends I grew up with. We talked on the phone multiple time, and then things slowly drifted back to the point they were at before we reconnected in the first place. This isn’t a criticism of them as people, it also isn’t an absolution of myself for some type of noble behavior, it is just stating facts.
Without a real, personal, face-to-face relationship to fall back on, social media doesn’t help to reconnect people for very long. I then proceeded to occupy my online time with reposting items I saw that were of interest to me. In doing so, I fell into the same trap that I would have criticized other for. The struggle I mentioned earlier was coming to terms with this, and understanding that I was doing the same thing.
I am an optimist and a realist. I am not making some grand declaration that I am abandoning FaceBook forever. I simply need time to refocus on my writing and my own creative side for the time being. I am making the decision to stop checking FaceBook multiple times a day to see what people who I have no real contact with are talking about. I will focus instead on genuine interactions with those people who do choose to communicate is some rudimentary form.
When I started this blog, it was the most important thing in my digital life. It is time to return to that philosophy and listen to myself for a change. My mind feels more at rest now that I have made the decision, so it must be the right one.
Toggle Sidebar