I was going to spend time writing last night about a misadventure that Hal and I shared, but since it was Hal’s birthday I decided to wait until today to recap what happened. It goes to show that people can be pricks at the most unexpected times.

After work yesterday, I took Hal to the Acupuncturist for his birthday session. The hour passed by and he emerged feeling totally relaxed. I asked him where he wanted to have dinner on his birthday and he said “Ciao Osteria” which is right across the street from the Chiropractor and Acupuncturist offices. We have always loved having dinner at Ciao since the food and atmosphere are always excellent.

Even though I was still feeling the after-effects of the crud, and decided that I was going to have a lite dinner myself, we went into the restaurant at a little after 1700. There were 1 or 2 tables occupied and I indicated that we would like a table or booth for 2 people. The young lady informed us that they were expecting a large crowd for the evening but at first, this remark didn’t concern me much because we were there early while most people were leaving work or were stuck in traffic.

I then asked Hal where he wanted to try next. He indicated Bonefish Grille and that is where I took him. We were treated like royalty there, which came as a pleasant surprise after the unpleasant experience at Ciao. Hal indicated that he picked up on some really negative energy when we were at Ciao, so I decided to write up a quick review on Google and Yelp about our experience. The review stated that we weren’t happy with how we were treated simply because we arrived without reservations. I hit submit and within a few minutes, as we were beginning to enjoy our dinner at Bonefish, the reply from the “management” at Ciao arrived.

The message was rude and offensive. It stated that the young lady had “offered to move us to a larger table”. This is what I call a LIE because it never happened. Her response then stated that I cannot always get what I want, but that “I should be happy with what they give me”. I was now seeing the reply through a rapidly reddening field of vision.

I decided to wait until we got home before I would respond to this reply. I wasn’t really surprised that by that time the response had been deleted and replaced by a corporate reply about how sorry they were and they looked forward to the chance to improve on our next visit. I wish that I could have gotten a screenshot of the initial response because it is more than obvious that someone (owner) must have read the response and taken it down.

I called out Ciao on Yelp asking why they had removed their first response. The only answer was to repeat the corporate (second) response as if nothing had happened. I decided that I had enough of the bullshit and went to bed.

Hal was pissed, and he had every right to be. Birthday dinner plans ruined at the last minute, although Bonefish Grille stepped up to the plate and delivered a grand slam.

Ciao Osteria in Centreville, VA lost some customers last night. Customers who had raved about the food and the service received there in the past. Perhaps ownership has shifted priorities, who knows? Hal and I do know that we will never spend any of our money at Ciao Osteria ever again. 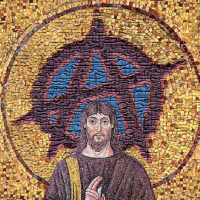 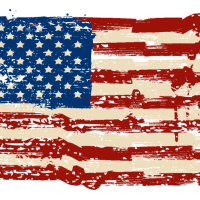