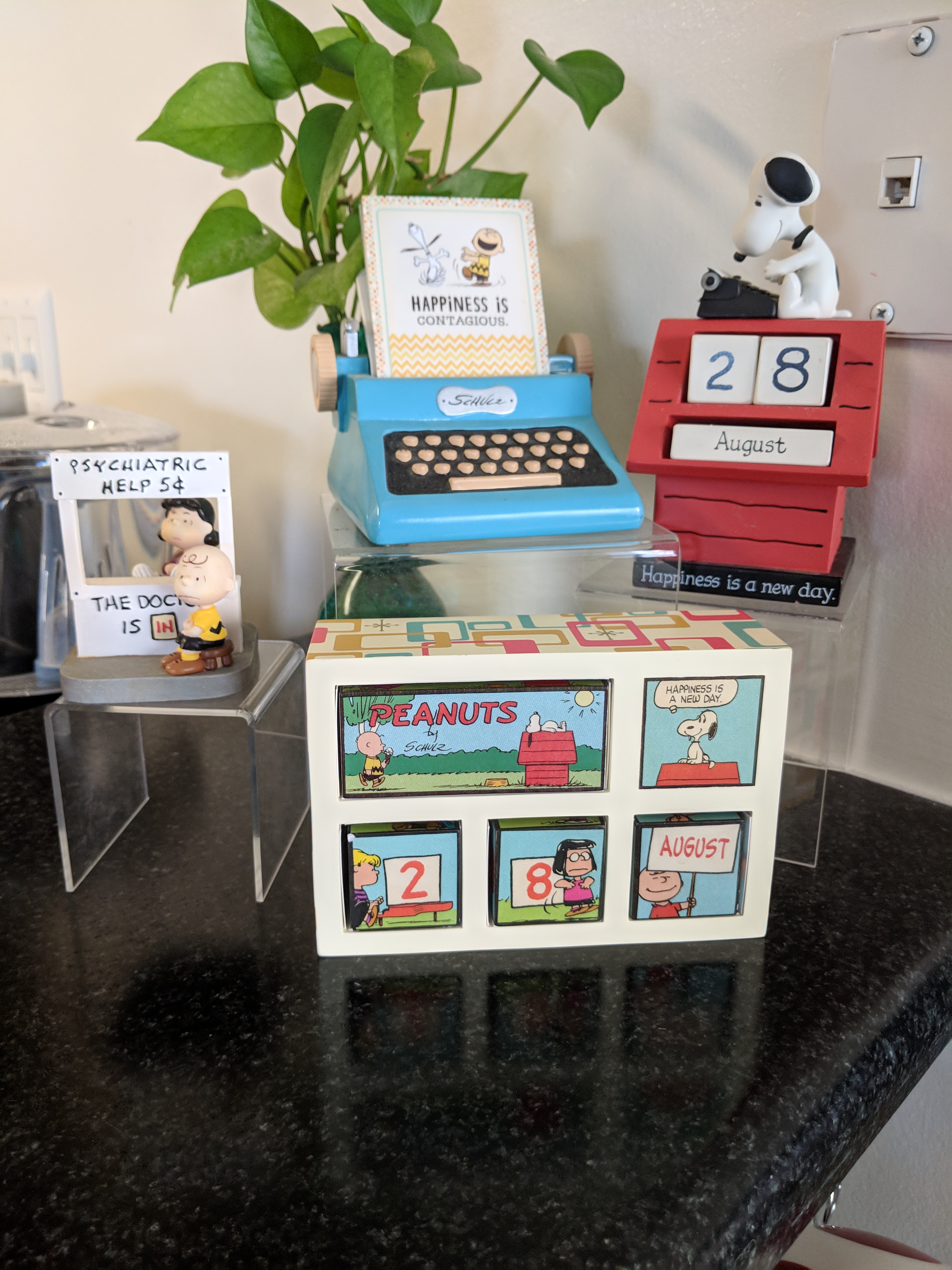 Sunlight is streaming in through the window as I start my day at work. I wake up at 0600 on weekdays to prepare for work, and it is clear that the days are getting shorter because I wake up and the sun has not risen yet. I am happy that the sun is shining brightly this morning, this summer has been a real disappointment due to all of the rain we received. With Labor Day approaching, the traditional end of summer, I look back and remember the constant rain and gloomy weather.
Looking forward, I am debating whether or not to upgrade my cell phone finally. I have been with Project Fi from Google almost since the beginning, and I remain delighted with their service. The only drawback is the lack of integration for music apps that I can plug my guitar directly into for practice. Apple and the iPhone are the clear winners on this count. I am tempted to think about making the switch back to Apple for the music integration, but it is not a final decision.
I  want to leave Project Fi for one of the traditional carriers again. I wish that Project Fi would work as designed on the iPhone, but I realize that issue strikes at the heart of the Android/Apple debate and there will never be a clear winner. The new Pixel phones will be released in less than two months, while the new iPhones will be released sometime in September. I will take my time and research both options before making a decision. Both iPhones and Pixels have gotten too damned expensive to make a rushed judgment these days.
Another factor in my decision will be the performance reviews of the new Pixels and iPhones. I never rush out to have the latest and greatest before everyone else, because there are always issues with the first manufactured batch of any new product. I don’t expect to decide before the end of the year. Hopefully, there will be some sales on the new phones at that time. I can always afford to wait because the pursuit of new tech will never stop.
The same tech-chasing issue applies to headphones I use with my cell phone. I currently use Bose Soundsport WIreless headphones, which are connected by a wire to each other, as my go-to headphones. Even after two years, they rate as the premiere headphones for many users. The temptation to upgrade just isn’t there for me. I am happy with the Bose headphones and see no reason to make a change.
I am looking forward to a long weekend. I am taking next Tuesday off to make it a 4-day weekend for a change. I can use the time off to be with Hal and relax for a change. Since Hal will work this weekend and also Monday night, it is the best thing that I can do. Since I am not going to have the option to make any plans, I will keep the same routine for the weekend even though it is a holiday.
I also talked with our friend who is taking care of his wife as she continues her struggle with cancer. Sadly, she is now under hospice care and on medication for pain only. The end is near, but she will finally be at peace and start another journey somewhere else. Our friend is holding up, but the strain is taking its toll on him. The critical thing that Hal and I can do is to be there when he needs us. We know that people will be all around, offering support until the end, but within 2-3 weeks they will move on with their own lives and our friend will be left to deal with everything that happens after. We want to be there for him at that time when others have moved on.
Hal and I performed the same service to our friend Nicola after her husband Don died several years ago. She was grateful to us for our support during those rough times. Nicola needed someone to talk to that wasn’t involved with her every day. Eventually, Nicola decided to move back home to Scotland, and we have lost touch with her, but that isn’t unexpected because she is moving on with her own life. We filled the role that helped her the most. We will do the same thing with our friend now when the time comes.
To close out things for now, here is a picture of The Stooges enjoying a beautiful morning. 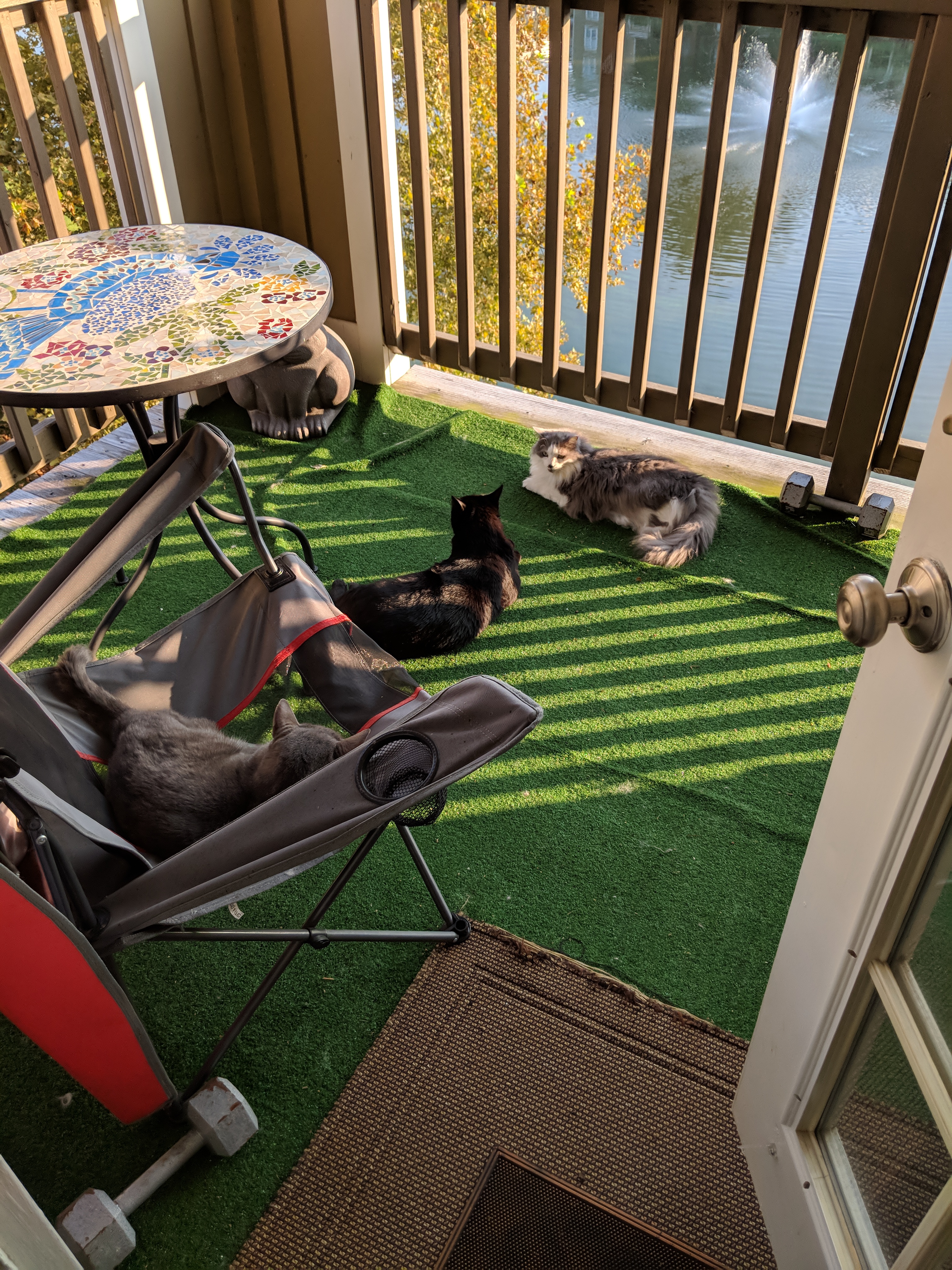